When I was a child, martial arts dominated our TV screens with movies like the Karate Kid and Teenage Mutant Ninja Turtles, and we all couldn’t wait to practice our media-learned moves on our brothers and sisters. Now, after many kung fu movies, prevalent bullying problems in our school systems, and a generation of children lacking ‘old fashioned’ values, martial arts has had an impact on many, but is this impact one of good nature or one of negative consequences?

When analyzing the impact of martial arts, many say that it teaches children violence and nothing more. Although I understand and can see why their perception is misconstrued, this is ultimately a question of whether martial arts is more beneficial or harmful. What’s at stake is not violence, but mere benefit.

Therefore, we must consider the pros and the cons before ruling this sport out as one that does more harm than good, especially in an academic setting.

The argument that martial arts is not beneficial to children’s success in school and may be more harmful than beneficial seems plausible because it is consistent with the media’s portrayal of a martial artist as a fighter.

Nevertheless, evidence shows that children enrolled in a martial arts program do perform better in school and rarely have to use their self-defense skill away from their training centers.

In a review on various studies reflecting the social-psychological outcomes of martial arts practice, “a study among member countries of the European Physical Education Association (EUPEA) indicated that in the majority of countries, martial arts are introduced during physical education classes in secondary schools, because it is believed that martial arts involvement can provide positive educational opportunities to pupils.” (Vertonghen & Theeboom 528). In a society lacking in physical education as academic curriculum, martial arts incorporation is crucial! 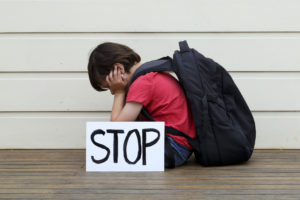 Some insist that extracurricular activities such as martial arts take away the child’s focus from their schoolwork. Still, in spite of their good intentions in concern of the child’s academic focus, the lack of a physical extracurricular activity to assist in building cognitive function and provide a social outlet would only serve to weaken the academic focus of the child. As an added bonus, Martial arts ‘violence’ such as striking or breaking (as in boards) exemplifies metaphorical focus on the problem at hand. In a joint publication about Martial Arts in the Classroom, Purdue Professor and Martial Arts center director Vockell and Kwak describe, “Breaking is much more likely to be successful if the breaker concentrates completely on the target at the moment he executes the breaking technique. To the extent that his attention is diverted, he is likely to fail.”  This transfers over into classroom mannerisms in being able to focus in on small tasks at the time they are being completed and understanding the negative consequences of diverting attention elsewhere.

Granted, the fact that other sports can do the same things that martial arts can for a child is true in some facets, there are some unique benefits to martial arts that most team sports do not offer. One example of this is that of the individual goal-setting that takes place in designated time periods in order for the child to reach their next rank.  Martial arts teaches children to work toward smaller goals, such as colored belt levels, heights of kicks, etc, to achieve large-scale goals such as black belt. This is just as applicable and transferrable to the classroom setting (Finishing a homework assignment leads to A’s on tests which lead to A’s in class). As stated in the study review, “Steyn and Roux (2009) compared the psychological well-being of taekwondo-in, hockey players and a non-sport group. Adolescents between the ages of 15 to 18 years were asked to administer the “Psychological Well-being Questionnaire” Results indicated that the personal growth and self-acceptance scores of taekwondo in were significantly higher than those of the hockey players and the non-sport group.” (Vertonghen & Theeboom 531).

Personal growth is only accomplished in setting and achieving small victories, which is a niche to martial arts.

Lastly, as this review references self-acceptance, as humans we know that we have a basic human necessity to feel physically safe and secure. Vockell and Kwak explain, “If a student’s ability to learn is impaired by the fact that he feels threatened by bullies in the school, his proficiency at martial arts is likely to make him feel less anxious without any intervention by the teacher.” Children with the knowledge of self-defense are less likely to experience the anxiety of potentially having bully encounters or at least have the confidence in knowing how to handle them peacefully. With this confidence comes more room for focus on academic achievements rather than social issues at school; also a niche to martial arts.

Altogether, the pros of martial arts training for youth seem to outweigh any negative emotions or opinions on the matter. The violent actors we see on television are much more exaggerated portrayals of a child being taught focus in his striking rather than violence directed at others.  The personal growth and goal setting learned by moving up in rank directly benefits the child in accomplishing tasks in all other areas of life, including academics, and lastly, the self confidence and security that they feel within themselves due to their martial arts knowledge drives them to focus at a level that most other children are void of. Martial arts truly is a niche sport with benefits and positive impact upon youth to an extent that no other sport can offer.

I would challenge anyone with an opposing viewpoint to simply try the training themselves and see the wonders that it unfolds in all other aspects of their lives.